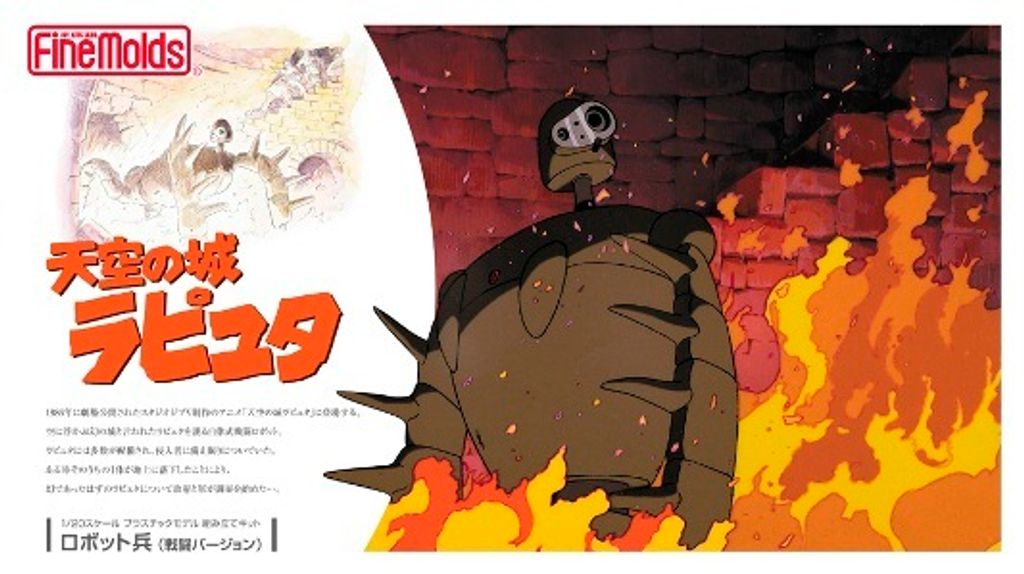 An autonomous combat robot that protects Laputa, which appears in the anime "Castle in the Sky" produced by Studio Ghibli, which was released in theaters in 1986. Adhesive-free snap-fit model that assembles the inner frame and assembles the exterior to cover it. The molding color of the parts is similar to that of the anime setting, and you can imagine the atmosphere without painting. A pazu of the same scale is included as a figure (this is a 7-part configuration, unpainted in a single color). The emblem on the chest of the robot soldier and the eyes of Pazu are reproduced with the attached stickers.