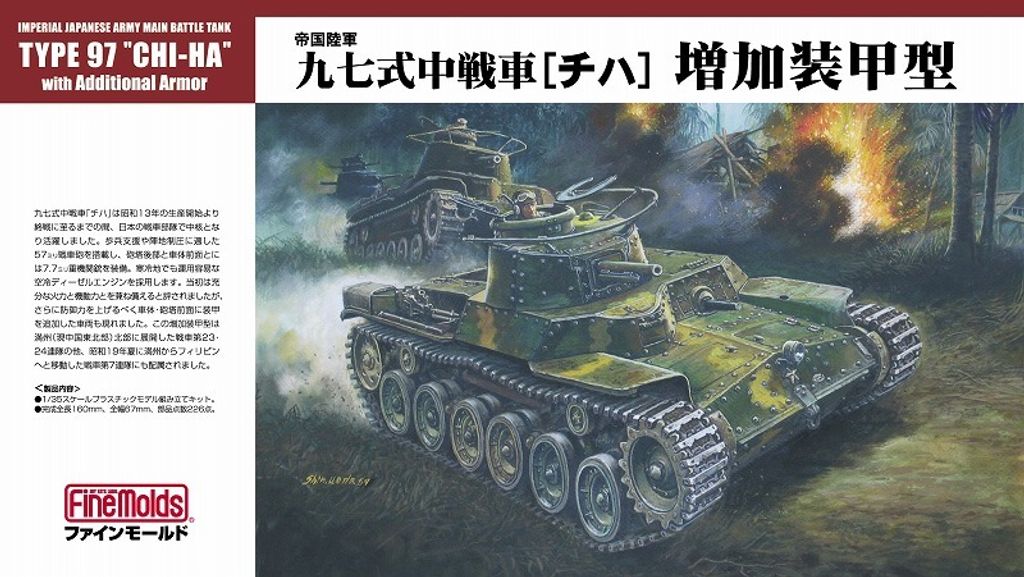 The Type 97 Medium Tank [Chi-ha] played a central role in the Japanese tank corps from the start of production in 1938 to the end of the war. Equipped with a 57mm tank gun suitable for infantry support and position control, and equipped with a 7.7mm heavy machine gun at the rear of the turret and in front. It uses an air-cooled diesel engine that is easy to operate even in cold regions. Some vehicles have added armor to the front of the body and turret to further increase defense. This increased armor type was deployed to the 23rd and 24th tank regiments in  the northern part of Manchuria (currently northeastern China), and the 7th tank regiment that moved from Manchuria to the Philippines in the summer of 1945.

Highlights:
1. Accurately reproduced Type 97 medium tank with increased armor type.
2. Prefabricated track is included (belt track is not included).
3. The track is made of plastic, and it is an adhesive assembly type that can realistically reproduce the slack.
4. The breech of the main gun is also reproduced.
5. The exhaust pipe cover is made of etching that accurately reproduces the details.